The week started out so well.

Or maybe I should say last week ended well. This week was a nightmare.

Last Saturday my SO and I got the first of our AstraZeneca COVID vaccines! What a relief that was– the first bit of light at the end of a long, long tunnel. I had very mild side effects that didn’t last long. He didn’t have any side effects. We’re looking forward to our second doses.

I think it was Monday that I found out my entire family had either tested positive for COVID, or was exposed to it. Let me tell you, it’s a special kind of feeling of isolation to hear that nearly all the people you care about in the world have contracted or might contract a deadly and debilitating illness. I don’t recommend it. And my family aren’t covidiots, by any means; it was a real shock to hear the news.

But speaking of the people you care about in the world, on Wednesday my SO was hit with a non-COVID health issue. Because those haven’t taken a pause during the pandemic. And we then discovered the fun of trying to get medical care during a lockdown (he managed to connect with a doctor and avoid a trip to the ER, thankfully).

So, things have been stressful lately. In light of that I decided to share some pictures I’ve taken of spring flowers, because flowers make me feel better. If you’ve also had a rough week, maybe they’ll make you feel better too…

What makes you feel better when things haven’t been going your way? Share in the comments.

If you prefer paperback, use this link to order Love Lies Bleeding from Bookshop – a portion of each sale goes directly to independent bookstores, as well as to myself. Thank you for supporting indie! ♥

Stay safe and happy May 1st,

Book lovers are dreamers. We dream of other worlds and other lives. We dream of what we just finished reading and what we’re going to read next. We dream of homes crammed with our book collections, libraries that never close, and cozy local bookshops where we can spend massive quantities of both time and money. And some book lovers dream of entire towns devoted to books and then make them a reality. Did you know there are dozens of book towns around the world (enough that one writer even wrote a book about them)? At a time when so many events have been cancelled and travel is difficult, if not impossible, for most of us, dreaming is more important than ever. Here are five book towns to dream about (and where one day, hopefully, you’ll be able to live your dreams).

Have you been to any book towns? Which are your favourites? Share in the comments… 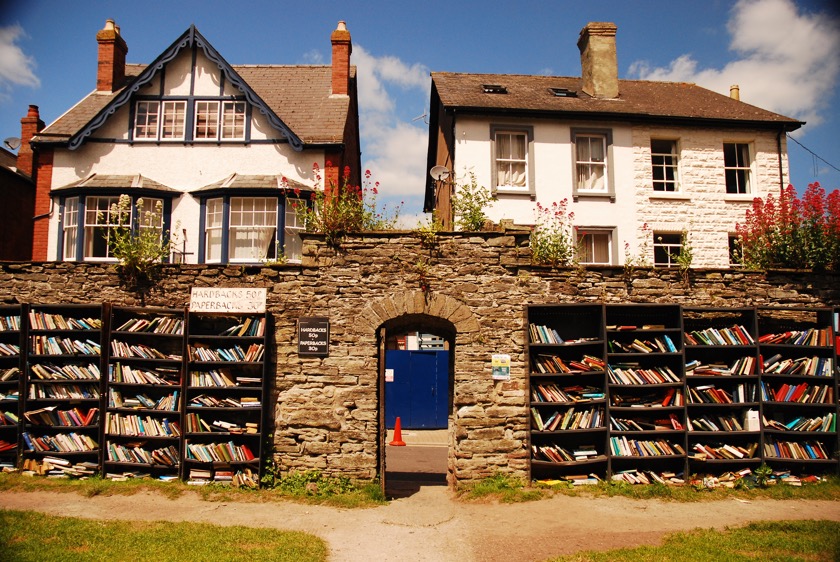 Probably the best known of all the book towns, and credited with inventing the concept, Hay-on-Wye is home to numerous book and antiques shops. It hosts the Hay Festival, a literary event that (normally) travels to other cities throughout the year (click the link to watch this year’s events online). There’s also a castle. 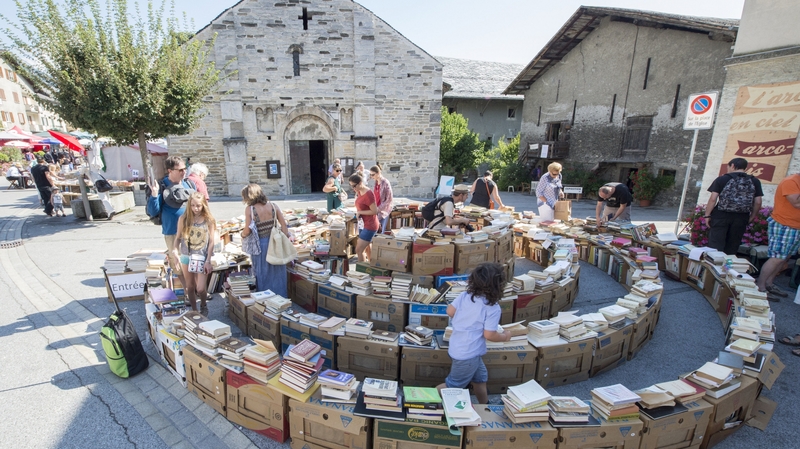 A Medieval village, St. Pierre de Clages is Switzerland’s only book town. The town specializes in antiquarian booksellers, but that’s not all you’ll find there. They also host an annual book festival that’s described as a must for “book lovers, amateur readers, history buffs or fans of comic books.” (No word on what’s happening with the festival in 2020, but it’s probably safe to assume it’s cancelled.) 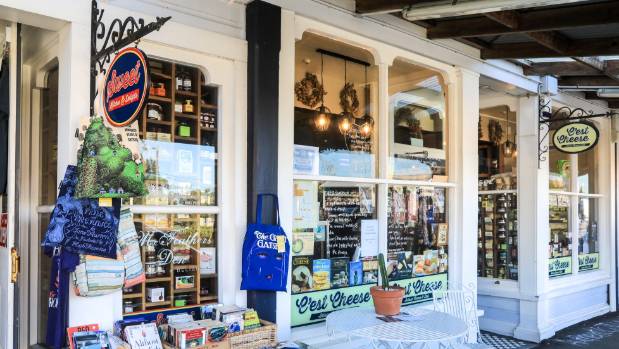 One of the newer book towns, Featherston has already established itself as a place for book lovers. Its annual Featherston Booktown Karukatea Festival, usually held in May, was postponed, but a Words in Winter event is currently taking place until August– key features include author talks and book signings. 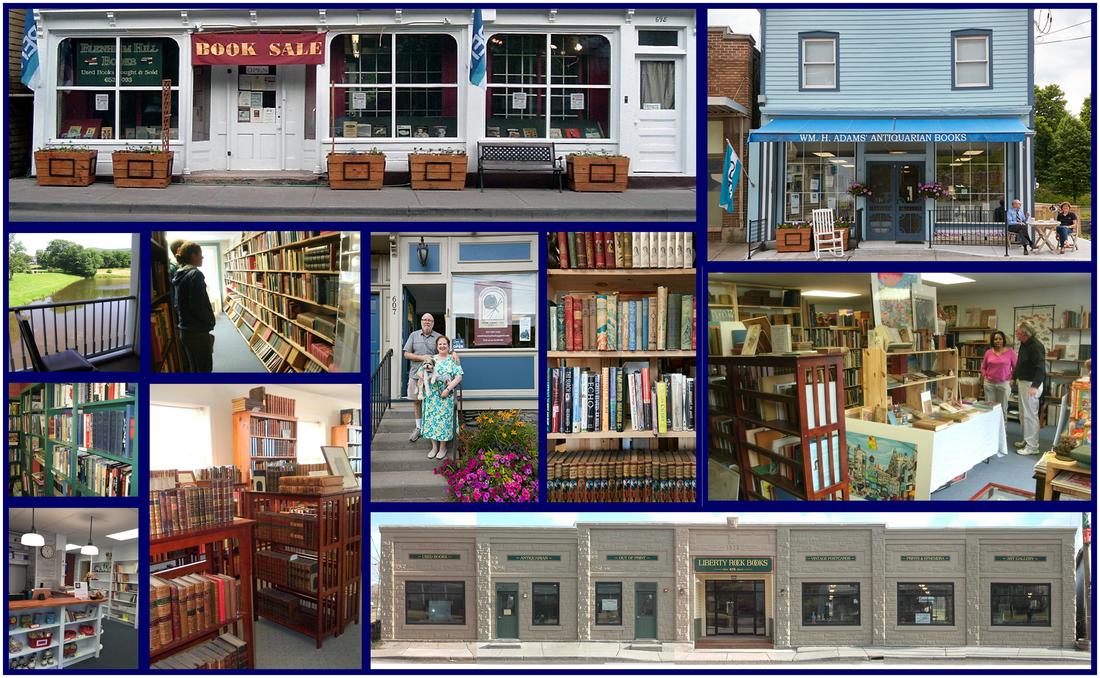 Located in the Catskills (New York), Hobart was essentially a ghost town not too long ago. Now it’s a dedicated book town with stores featuring books on topics ranging from American history and feminism to vintage cookbooks and craft books. Massive book sales are held on Memorial Day and Thanksgiving weekends, and Hobart also hosts their Festival of Women Writers (currently postponed but there may be virtual events). 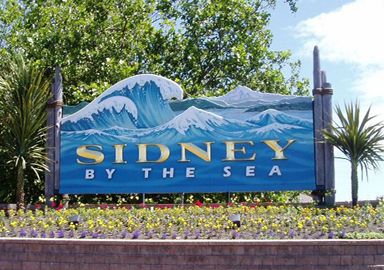 Sidney is Canada’s only book town, as far as I can tell (something they’ve apparently been claiming since the 1990s). Located on beautiful Vancouver Island, Sidney bookstores include new, used, and antiquarian books on everything from military history to classic children’s fiction. There’s a special focus on local authors and culture, and many stores hold regular events. Most books are in English, but you can also find a good selection of Japanese and Chinese titles. There’s also the annual Sidney LitFest (returning in 2021).

These are just a few of the dozens of book towns that exist around the world (although most seem to be in Europe, hopefully this concept will catch on). You can find out about more book towns here and here. 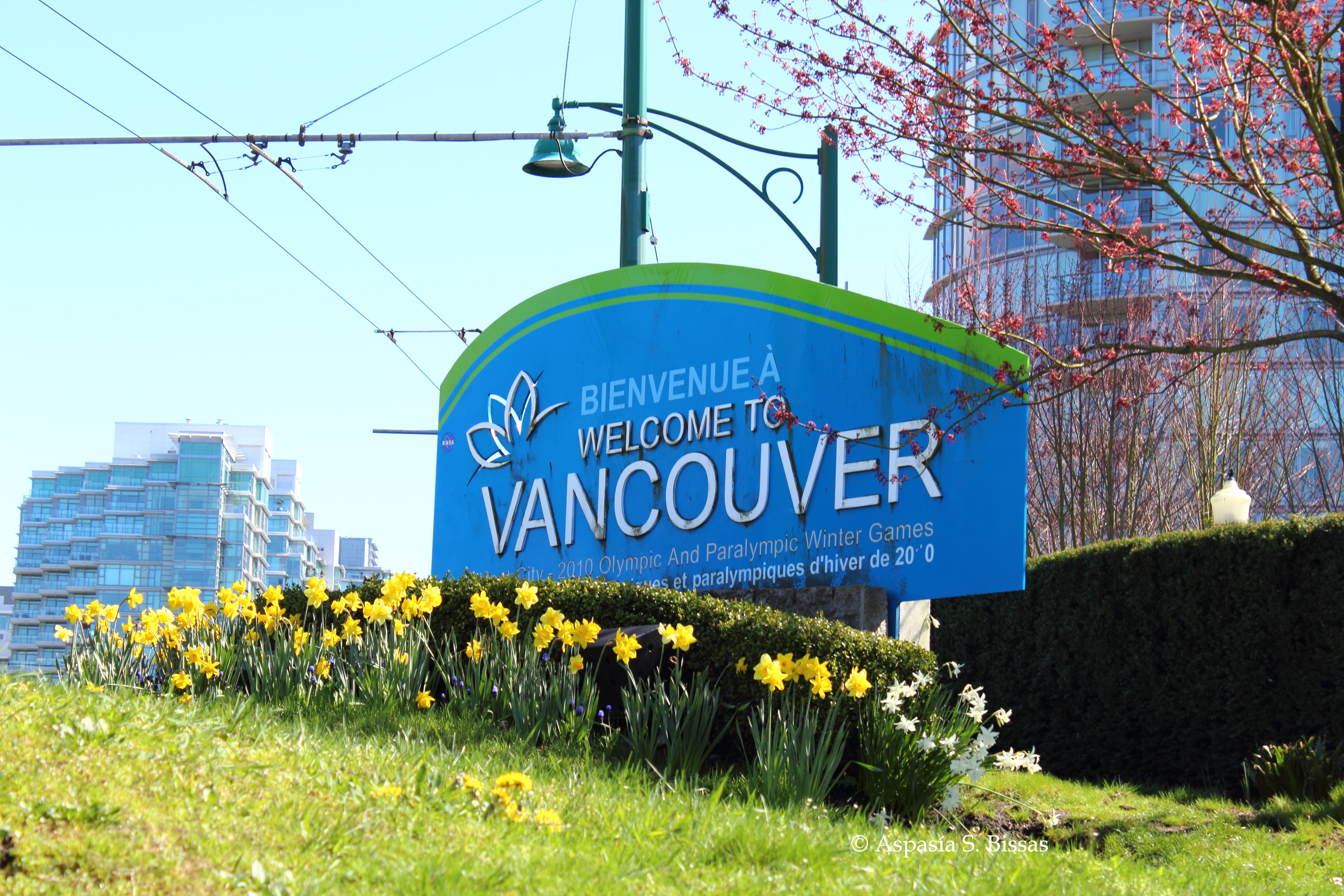 Since travelling is off the table for the foreseeable future, I thought I’d share some photos from a past trip. I was lucky enough to visit beautiful Vancouver on Canada’s west coast back in April 2018. If you ever have the chance to go, I highly recommend it. Mountains, ocean, gorgeous gardens, good coffee, friendly people. Some take issue with all the rain Vancouver tends to get, but I found it cozy (I also noticed it tended to clear up by early afternoon on most days anyway). I hope I can go back again– there was so much I didn’t get to see last time (like whales!)

These were taken in the north end of downtown Vancouver and the Gastown neighbourhood. Vancouver has one of the only steam clocks in the world. 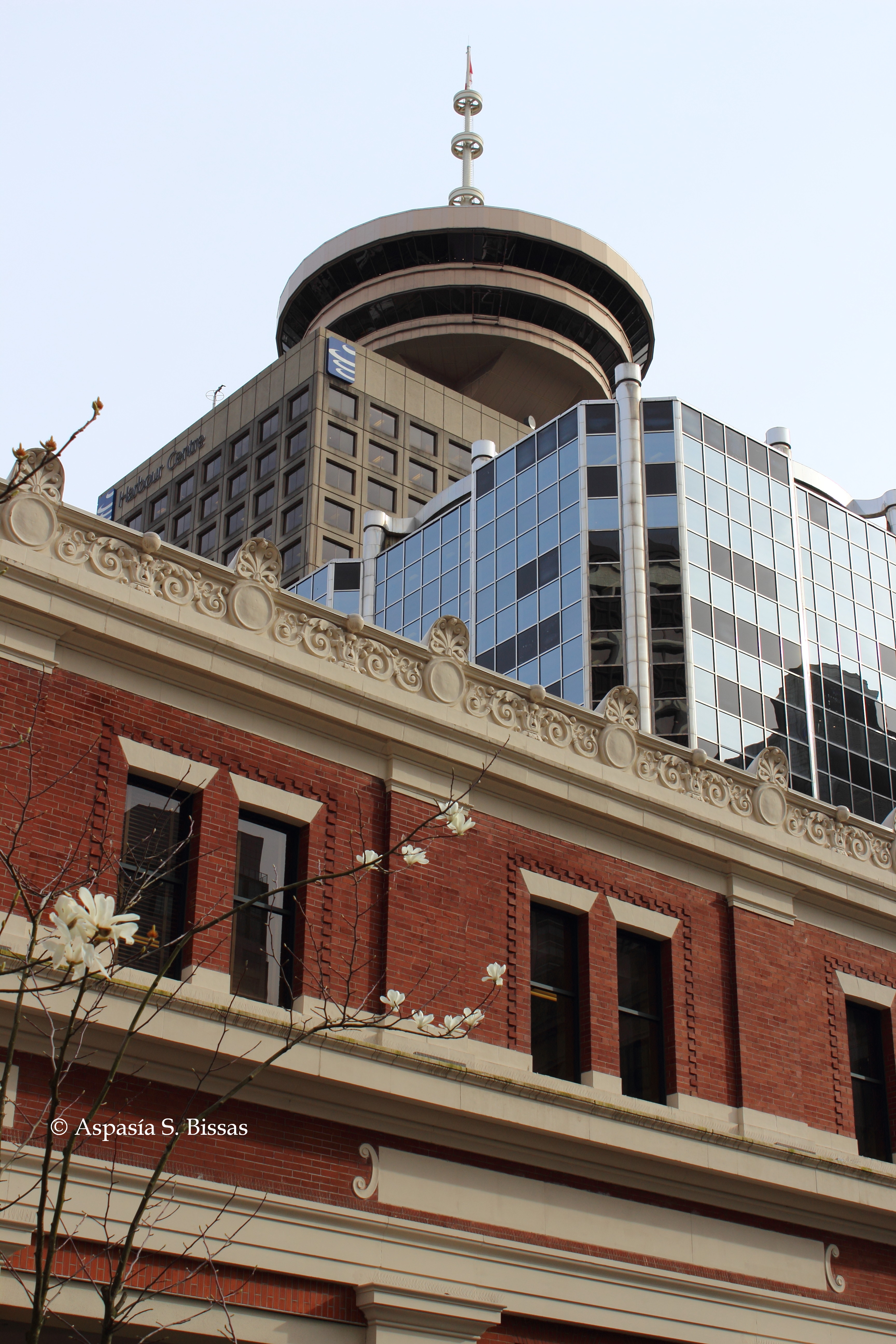 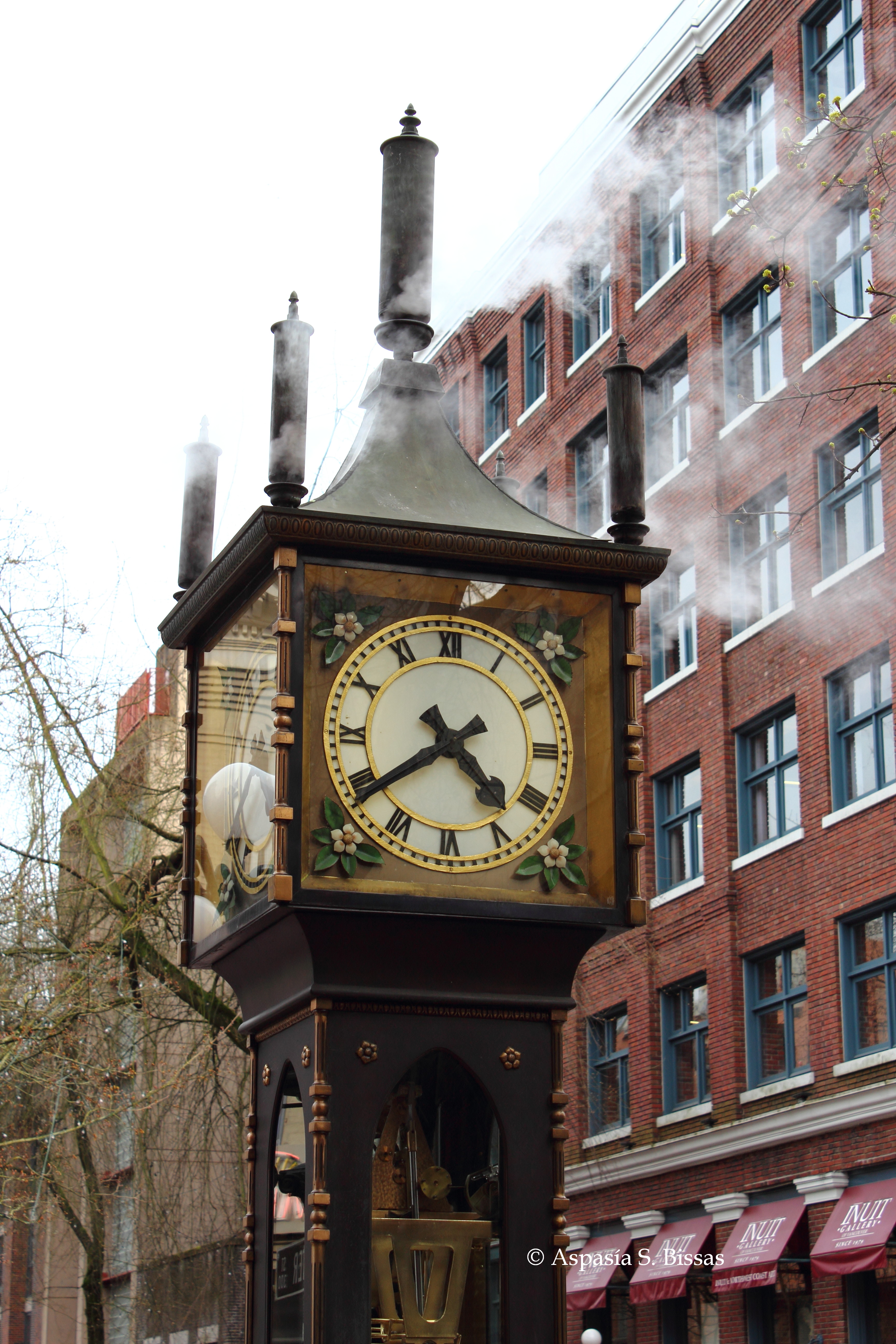 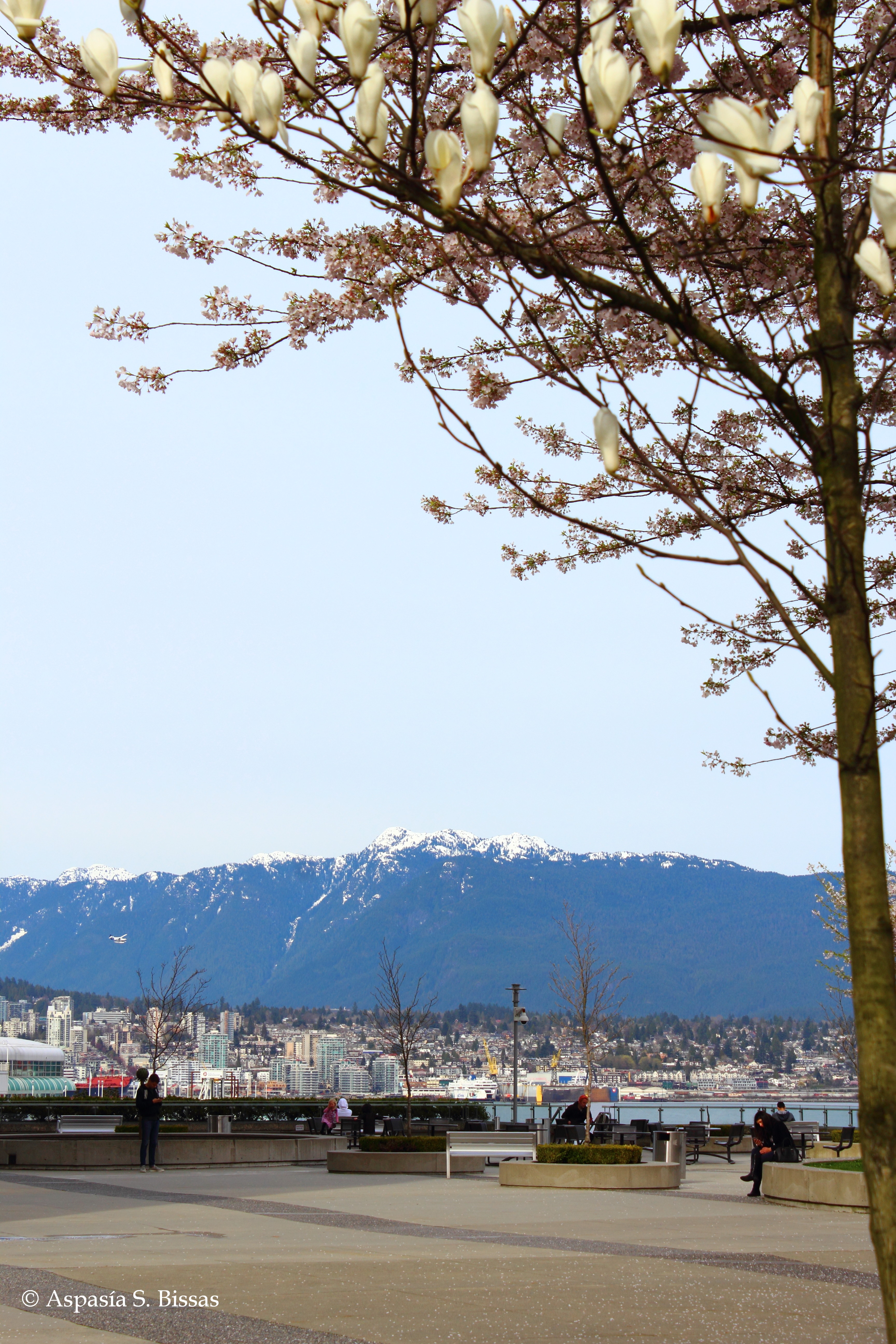 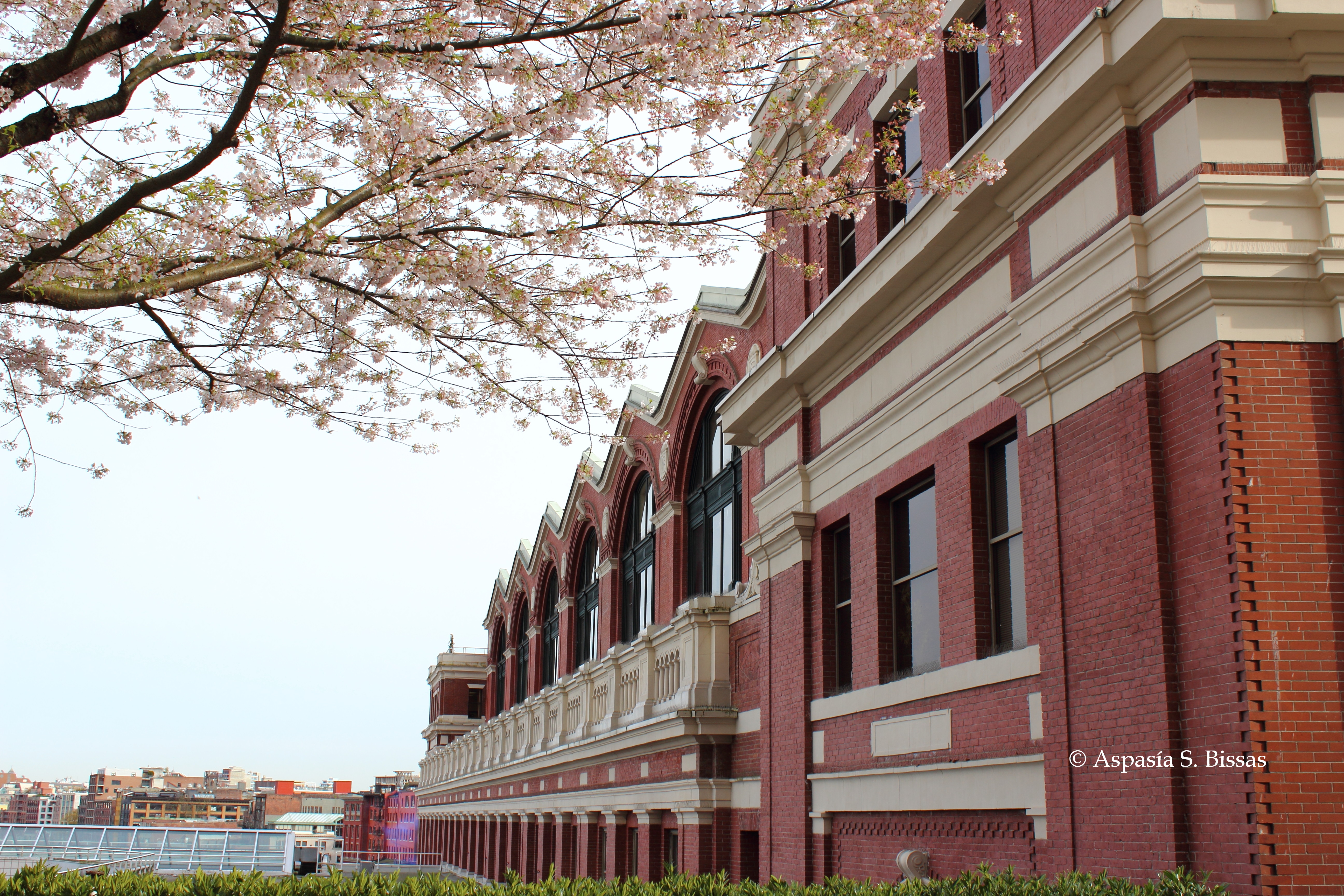 Last month I got to spend a week in Vancouver (Canada) and had a great time. What a beautiful city–mountains, ocean, attractive architecture, flowers in bloom–and friendly people too. What’s not to love? (It probably didn’t help that I returned home to Toronto in the middle of an ice storm–but that’s another story…) I wanted to get more photos, but Vancouver is known for being rainy and the weather didn’t cooperate on the day I had planned for exploring with my camera–or on whale-watching day, either, which ended up being cancelled. Surprisingly, I didn’t mind the rain and I still got plenty of pictures to remember my trip–and to share 🙂

These were taken in the north end of downtown Vancouver and the Gastown neighbourhood. That’s not smoke coming out of the clock–Vancouver has one of the only steam clocks in the world.