Chances are when you think of vampires you’ll think of Damon Salvatore, Mitchell from Being Human, Selene from Underworld, or any of the other fanged creatures-of-the-night that populate modern culture, including Mara from Love Lies Bleeding. The vampires we’re familiar with are (generally) human looking, powerful, often charismatic and attractive, with a thirst for blood and a dislike of stakes. But that wasn’t always the case. History and folklore are full of vampires that are nothing like what we’ve come to expect. Here are five examples…

Mesopotamian relief that may depict Lilith (although it is more likely a Goddess, possibly Inanna).

Lilitu are female blood-drinking monsters originating in Babylonia. They’re said to attack and destroy men (while the male version, lilu, prey on women and infants). It seems that over time the Lillitu combined with stories of Mesopotamia’s Lamashtu, and eventually morphed into Hebrew mythology’s Lilith and her demonic children. Banished to the wastelands by God for refusing to be subordinate to her husband Adam (yes, the one from the garden), Lilith arguably had a way cooler life as an independent woman, Queen of Demons, and mother of monsters. As in her ancient roots, Lilith is known to drink blood, usually from babies (she also eats children). An alternate version from Sumer describes her as an infertile “harlot” whose breasts exude poison, and who seduces men and drinks the blood of mothers and babies. She’s said to have wings and the feet of a bird. Lilitu/Lilith is also pluralized to describe a group spirits or demons with the same attributes. She/they are repelled with special amulets (which can still be found for sale). 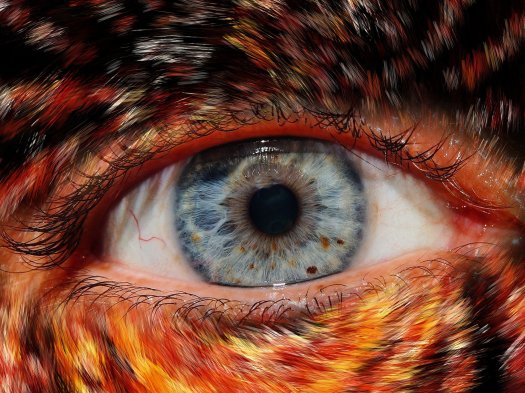 Speaking of Lilith, the Alukah is a sort-of demonic werewolf-vampire hybrid that can fly and is also thought to be one of Lilith’s children (or possibly Lilith herself). “Alukah” is a Hebrew word that literally translates as “horse-leech,” but can mean blood-lusting monster or vampire (and can also be used as a title for Lilith). Alukah’s thirst can never be satisfied. It will die if it goes too long without blood, but if it dies with its mouth open, it can continue to feed on children for a year, so it should be buried with its mouth stuffed full of dirt to prevent that from happening. Alukah is also the Hebrew version of an Arabic blood-drinking demon named Aulak or Aluwqah (from the root of an Arabic word meaning “to suck”). Alukah can be warded off with specific incantations.

Coming from the Balkans, Dhampirs (also spelled dhampyres, dhamphirs, or dhampyrs) are the offspring of vampires and humans. Their existence is attributed to the intense attraction male vampires have for human women (on the other hand, it’s rare for female vampires to mate with human men). Generally they have most of the strengths of their vampire parent, such as heightened senses and a longer lifespan, without the pesky drawbacks like intolerance to sunlight and garlic. They can also have magical abilities. They look human, but sometimes are described as having prominent facial features and teeth, a tail-like mark on their back, or no nails or bones. It’s also said that they don’t cast a shadow. While dhampirs can eat regular food, they do need to drink blood– although they can control the impulse better and don’t need to feed as often as vampires. Dhampirs have a supernatural ability to recognize vampires and often become vampire hunters– apparently professional dhampirs could still be hired in Kosovo as late as 1959. Unlike most of the lesser-known types of vampires I’ve written about, many dhampirs have made it into pop culture, including Blade, Rayne (from Bloodrayne), and several of the characters from Vampire Academy.

Also known as the Lhiannan (or Leannan/Leanan) Sidhe, See, or Si, this Celtic vampire is a type of fairy. Almost always described as a beautiful woman (often with long hair and green clothing, as well as long nails and sometimes cloven hooves), the Lhiannan Shee is often attracted to creative men whom she inspires and slowly kills (sort of like a Muse with a body count). Besides inspiration, they can also bestow fame, luck, and wealth. Almost impossible to get rid of once she attaches herself to someone, the Lhiannan Shee visits her lover at night and is visible only to them. Lhiannan Shee usually drain “life force,” but they will also drain blood; either way their victim wastes away. The only way to escape the Lhiannan Shee is to reject them as soon as they’re encountered, which enslaves them to you, rather than the other way around. 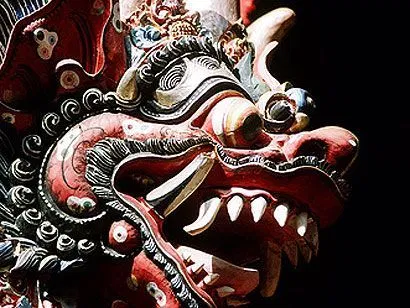 In India, men who are mentally ill or were born with a deformity, or who suffer an untimely or violent death, are thought to become a Bhūta (also known as Préta): cursed spirits forced to wander the earth hunting for blood. Bhūta take the form of balls of light, insubstantial apparitions without a shadow, or bats and owls. They possess and reanimate corpses in order to attack the living, which they do at night. Occasionally a Bhūta gets a craving for milk and will then attack an infant that was recently fed. Their victims inevitably become sick and die, although it’s easy to escape the Bhūta by simply lying down on the ground (something they’re incapable of doing). There’s also a special ceremony that can be performed twice a month to placate the Bhūta and prevent it from attacking anyone. Bhūta are also strongly repelled by the smell of burning turmeric, and will completely dissipate if they’re exposed to it for too long.

Have you heard of these vampires? Which do you think is scariest? Tell me in the comments…

Read my previous posts on this subject:

5 Vampires You May Not Have Heard Of

5 More Vampires You May Not Have Heard Of

The Queen of the Night

The Case for Lilith