Happy World Dracula Day! Today we celebrate the anniversary of the first publication of Bram Stoker’s vampire standard Dracula. Many of us in English-speaking countries are familiar with Stoker’s creation, but how do other countries view the Count?

Drácula, a 1931 Spanish film adaptation of Stoker’s work, was filmed at night using the same sets as the 1931 English version starring Bela Lugosi. Because the Spanish crew got to see the English dailies every night, they had a chance to adjust camera angles and other details to produce what many fans believe is a superior film.

Evil of Dracula (original title: Chi o suu bara “Bloodsucking Rose”) is the third part of a Japanese trilogy, known as the Bloodthirsty Trilogy, of Dracula adaptations (some more loosely adapted than others). In this version, the vampire bites his victims on the breast, rather than on the neck (hey, it was the 70s). 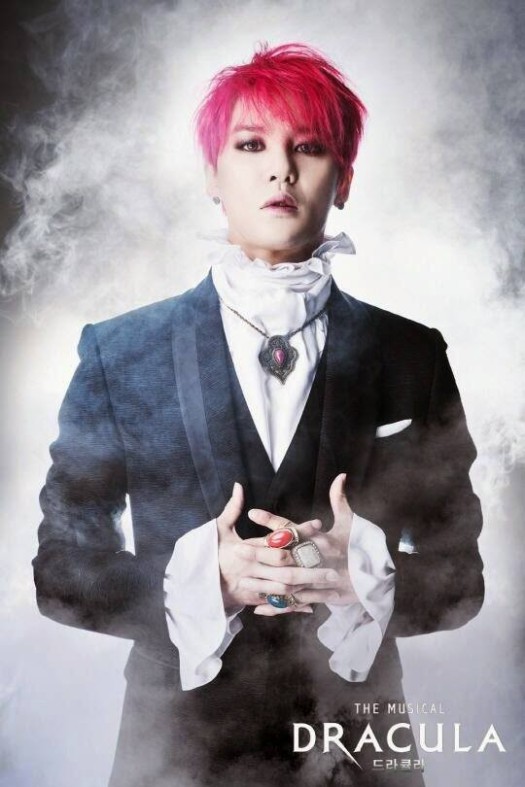 Dracula, The Musical, debuted in South Korea in 2014, starring Kim Jun-su in the titular role. Although based on a 2004 Broadway musical, the Korean version seems uniquely their own. This post has plenty of photos and info, including lyrics to one of the songs. Anyone else think North America could use a rebooted musical Dracula, including the pink hair?

Another stage adaptation, Dracula Adult Panto brings the gender-bent Count(ess) to South Africa, along with a dash of humour and an LGBT+ twist. At the end of the show, the venue transforms into a dance floor, and attendees spend the rest of the night partying. 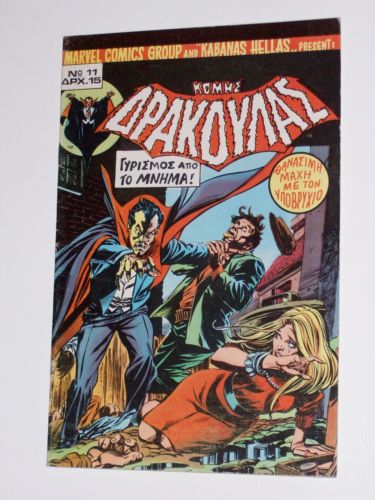 Not a unique adaptation, but I thought the Greek edition of Marvel’s Tomb of Dracula was worth a share. Interestingly, his title can translate to either Count or Earl (you’ve heard of Earl Grey–now tremble before Earl Dracula!) I wish my parents had thought to pick me up a few copies of these when I was a kid learning Greek; alas, my Greek-language education remained pitifully vampire free.

Which is your favourite non-English version of Dracula? Is there another one you think I should know about? Share in the comments…